Clive Head is widely considered one of the leading realist painters of his generation. In the upcoming exhibition, Clive Head: Zoetic-Realism, Hollis Taggart Galleries will present a selection of works, on canvas and paper, to launch the artist’s association with the gallery. This is the first solo exhibition to bring a substantial body of Head’s recent work together - twenty-four paintings, drawings and etchings will be displayed in the exhibition.

Born in England, in Maidstone, Kent, Head has garnered much acclaim on both sides of the Atlantic over the many decades of his career. This exhibition, aptly titled, bears witness to the way Head capture life around him. His highly complex compositions of human activities are zoetic and energized. And, unlike past Photorealists, Head does not reveal a single moment frozen in time. Instead, with deft ability, he captures multiple perspectives with multiple concurrent timelines, moving through time and space. These fragmented urban depictions, most often with figures are in essence time-lapsed compilations. The compositions are highly engaging and immediately fascinate the observer. Time seems to come to a kaleidoscopic halt on his canvases and his subjects are masterfully rendered.

Seen against Head’s forerunners such as David Hockney and Lucian Freud, and of his contemporaries such as Peter Doig, it was clear that Head had established a unique position in the contemporary arena. In one of the show’s highlights, Les Souvenirs du Café Anglais the artist characteristically fractures a scene from his familiar environment. The painting, which was previously shown in, REALITY: Modern and Contemporary British Painting, is simultaneously a study in motion and stillness, tantalizing the viewer. Similarly Summer Ark, Wash Day with Actaeon and Siddal’s Ferry are based on observations from the rural Yorkshire village in the North of England.

A child prodigy beginning his instruction at the Reeds Art Club at the age of eleven, Head later attended Aberystwyth University. In 1994, he became Chair of the Fine Art Department at the University of York, lecturing on method, theory and art history. He also began participating in exhibitions throughout the U.K., Europe and America. He was commissioned in 2005 to create a painting of Buckingham Palace to celebrate the Golden Jubilee of Queen Elizabeth. In 2010, Head was invited by the National Gallery in London to show three large-scale paintings of the city; the exhibition drawing record attendance and receiving myriad accolades. 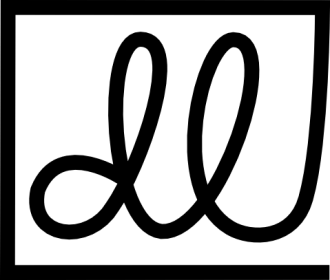 The Best Photos of the Day
November 23, 2017
View Article

Clive Head
This is the first solo exhibition to bring a substantial body of Head’s recent work together - twenty-four paintings, drawings and etchings will be displayed in the exhibition. November 14, 2017
View Article